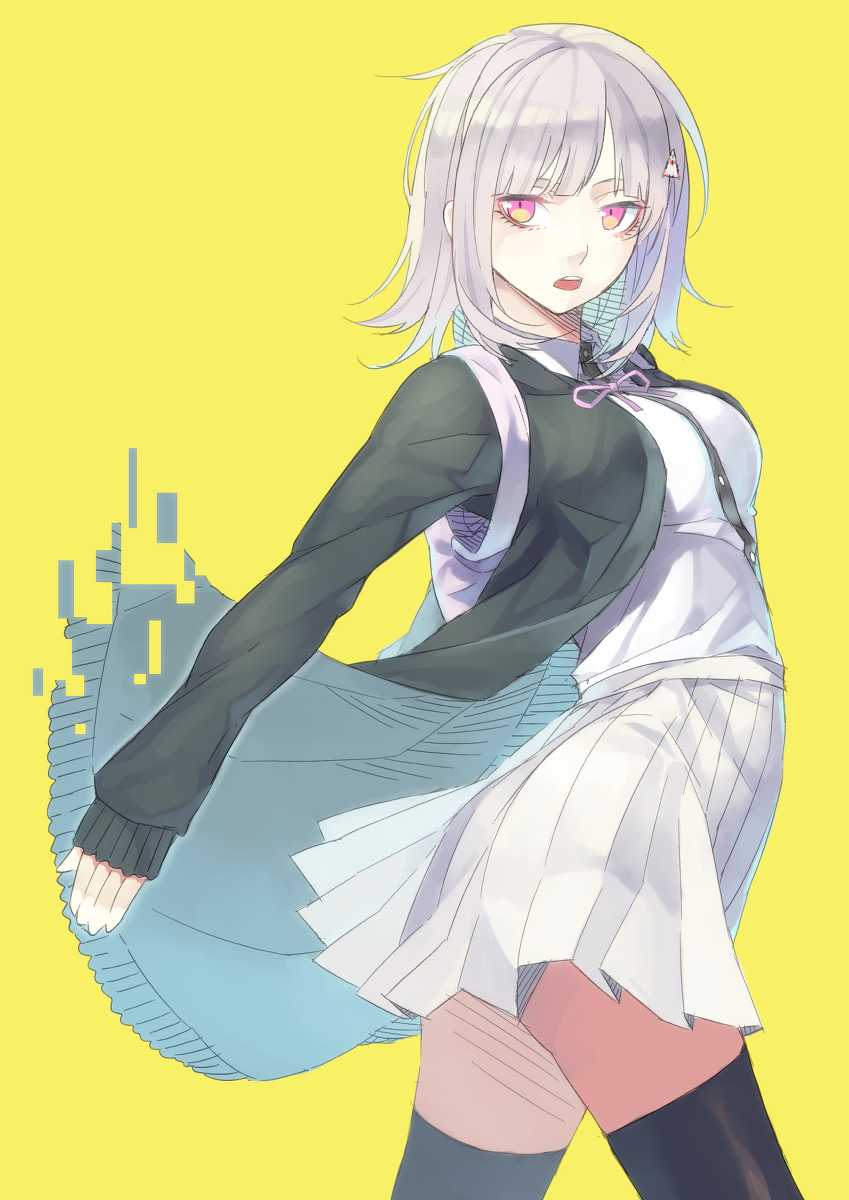 Status
Alive
Memories
Retrieved
Despair
Terminated
Hope
Ongoing
Awakened students
Everyone's here!
An ask blog for the survivors of SDR2's "game" set up by AI Junko. Obviously this blog is extremely spoiler-ridden. Hell, there's no reason you'd even BE here if you wanted to avoid spoilers.

M!A: We're throwing a party! Send us in suggestions for events that should happen!
posted � with 1 note

Anonymous
circle of life from lion king, beauty and the beast ((it was a musical)) idk any else rlly, ((but for soda I was thinking chim-chimeny from Mary Poppins : ) --I only know Disney musicals :0

((i’ve pretty much been through all of the animated disney movies at this point. but i do like the idea of using “beauty and the beast” as a sondam song so i’ll add it on!

((oh yeah, before i forget. can i get some musical song suggestions for gundam? i think i have most of the obvious ones, but i wanna see if i can get some i hadn’t considered.

With our limited supplies, it would be a stretch to call it a festival, but a celebration is called for…

Ibuki, set up the stage at once!

Waaaaay ahead of you!

Anonymous
I think Mikan is way too stressed out.

((when is she not? everyone is way too hard on the poor girl.

Anonymous
The crew should have a big snowball fight during the party.

((they’re on an island. and i don’t know if you live in the southern hemisphere, but over here it’s summer. don’t know how well that would work out, haha.

((ah, my bad! i’d been referring to it like that before souda came out, so it was just force of habit. i assure you i didn’t mean to do that. thank you for telling me.

((guys, please. stop sending in genderbend m!a’s. we’ve gotten about three of them this month and i can’t do them.

first of all, it goes against our rule for m!a’s in the first place. for those of you who don’t know, the rule is: if it can’t feasibly happen, don’t request it. and before you argue that the despair fever coming back couldn’t happen, we did the first despair fever m!a before the rule was in place, and as of now i think of it as side effects from the simulation.

second, i would have to go out and find sprites for everyone. not fun. and i especially don’t want to deal with getting into trouble because i used someone’s sprites without their permission.

third, i’m agender and very uncomfortable with forcible gender switching (ie; gender switching art, fics where a character wakes up as the opposite sex, etc.). I thought about bringing this up before, but instead i put the m!a rule in place, hoping it would stop this problem. it didn’t.

tl;dr- i’m trans and am not comfortable with a genderbend m!a/it is too much of a hassle. please stop requesting it.

((tIME TO THROW A PARTY

THAT’S WHAT WE DO HERE AT JABBERWOCK ISLAND

Anonymous
((well this year's birthdays ARE technically eventful. it's just that the "event" in question is the return of despair fever.))

((true, true. it would have been nice to focus on birthdays but we were very preoccupied with other matters.

((I TOTALLY BLANKED ON PEKO'S BIRTHDAY OOPS XD)) Okay okay everyones been focused on Saionji how is everyone with the despair disease holding up?

Th-they were getting better last night, but I feel asleep while checking up on Koizumi-san…

What are you going on about?

Of course she’s not in bed. She recovered. Everyone did. Trust In Me - A Junko Enoshima Fanmix (Dangan Musical Part 4)

i was totally considering that song for junko, but i backed out just because i thought i’d use it for someone else. not like i’ll never reuse songs, but i’m trying to save reuses for special occasions.

also i uploaded the mix a few hours ago; i’ll reblog the post now.

Anonymous
For the Junko thing: "Be prepared" from Lion King, any Sharpay song from High School Musical tbh, "Poor unfortunate souls" from The Little Mermaid ((basically any Disney "villains'" song)) that's really all I got rn : ) I hope you like the recommendations

((”Be Prepared” is totally on there. I’m trying to avoid High School Musical songs for the time being, and “Poor Unfortunate Souls” I felt better fit someone else. I’ve basically scoured the entire Disney library at this point, haha.

((eyyy so i almost forgot but does anyone have musical songs that suit junko? it’s been a while since i made a dangan musical playlist, but i have 11 songs for junko right now and i’d like a few more.

Anonymous
((meanwhile last year, peko and kuzuryuu did the do in a closet because ibuki locked them in.))

((true. and everyone threw souda a surprise party. last year was truly a lot more eventful than this year.